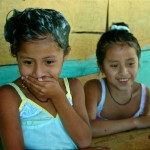 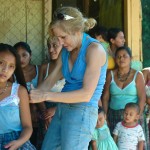 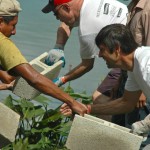 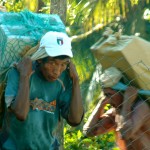 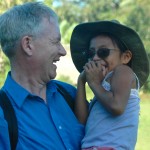 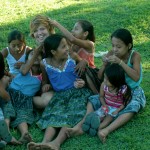 A village, trapped by the claws of darkness and plummeting towards the edge of extinction, raise their voice one last time in the hopes of someone hearing their cry!

As the banks of their village life quickly eroded before them, whispered prayers into a blackened sky drifted up to knock on the gates of Heaven. The people of Castulo Creek soon became aware that they were caught in a web of love that reached to the ends of the earth to catch even the most isolated prayers of His forgotten saints.

God called my parents 16yrs ago to the forsaken marshlands of the Rio Dulce tributaries. Since then, a very innocent and tender relationship has been woven together, connecting these people to the tapestry of civilization and better yet, the masterpiece of Heaven.

As the people have readily embraced belief in God and His love, they have grown hungry to read His word. The spiritual boom throughout the villages has awakened a desire for education and an aspiration for the future!
Roughly 4yrs ago, we helped the village coordinate a small, 2 room schoolhouse that began teaching 1st through 4th grade. With the village climbing out of a population decline and heading towards a stable growth rate, the simple school structure is now busting at the seams with children.

This past week has created anticipation for what is too come! The future, breaking on the shores of the horizon, continues to flood into the hearts and minds of these people.

Laboring with a Canadian team from Winnipeg, the foundation of a new school building has sparked a fire in the hearts of the young, as well as smothered out any doubt some had towards the reality of a new school.
Using picks and shovels, the men easily overcame the language barrier as they worked tool in hand with the villagers. Sweat, dirt, and hard labor universally translates into any culture.

Now, the women of the team had a different idea for bonding with the people. Though hesitant at first, the girls and women of the village quickly adapted to the concept of painted nails and hair styling as we gathered in the center of their village for a specialized salon day! (I say specialized, because the shampoo we unanimously decided to use could also be considered a medicated lice treatment to some.)

Teresa, a professional hair stylist from Florida, was put in charge of the haircuts, while the rest of us either washed and prepped their hair for cutting, painted their nails, or sat on scattered school desks and threaded colorful beads together.

Though communication was kept at a minimal and there was a lot of skeptical giggling that echoed out of shyly covered mouths, a relational bond blossomed through the universal connection of pampering girls.
As our hearts joined together, another piece of beautiful tapestry was woven together while always recognizing God as being at the center of it all.

5 Responses to "Tapestry of Love"

This site uses Akismet to reduce spam. Learn how your comment data is processed.